Cookies help us deliver our services. By using our services, you agree to our use of cookies.More information

Internal data logger of weather stations is in general not supported. Exception is Davis Vantage/Vue. Here Meteoplug checks for data in the internal logger of the weather station before doing reading regular live data.

These weather stations are not supported: 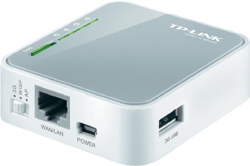 Tiny router TL-3020 from TP-Link is currently most recommended Meteoplug client hardware. TL-MR3020 is word-wide available for less than $50. Flashing the unit with Meteoplug firmware makes the router a Meteoplug client, providing the feature to send data from a weather station via wired or wireless LAN to Meteoplug cloud services in the Internet. Currently sold TL-MR3020 are version 1.7. Meteoplug client was tested with version 1.7 models. If previous versions do also work with Meteoplug client image has not been tested yet. What makes the TL-MR shine beside its features is extremely low power consumption. According to this site it takes below 1 Watt without USB and only slightly more with WLAN and USB operating.

TL-MR3020 has a limitation concerning USB devices. It can just handle USB 2.0 devices, low speed USB 1.x devices will not be handled correctly. This is very easy to overcome by adding a small cheap, unpowered external USB 2.0 HUB, which translates USB 1.x from your weather station to USB 2.0. Weather stations known to be impacted by this are:

The core of the image to be flashed into the router is an openwrt Linux distribution with some specific Meteoplug software components on top. Connectivity to the Internet via LAN or WLAN is handled by the openwrt functions, while doing readout of data from a weather station and holding connection with Meteoplug cloud on an application level is done the software components provided by smartbedded.com. Most part of the application software is not inside the flashed image but gets downloaded during client startup from Meteoplug cloud service. This has the great advantage that most software updates can be realized without reflashng the client hardware again. Each time a Meteoplug client boots, it downloads the most recent software version and starts running it.

LAN-Mode (default): Meteoplug is a DHCP client in your LAN

As default Meteoplug client starts in LAN mode, where it gets IP, Gateway and DNS information from the DHCP server (mostly the router) in your LAN network. If these conditions are met, seeting up Meteoplug client is dead simple. Just connect it to your LAN with an ethernet cable, power it on and a few minutes later it will have connected to Meteoplug cloud and can be used there. In order to make this contact happed, Internet needs to be available for the IP given to the Meteoplug client. Especially, port 80 must not be blocked for outgoing traffic from the IP Meteoplug client uses. Any proxies in-between will also block communication and need to be disabled.

When you login to Meteoplug's underlying openwrt to adjust network settings, you need to authenticate by a password. This mode resets password back to "meteoplug" regardless what it has been set to before.

When having installed Meteoplug client firmware on TL-MR3020 for the first time, Meteoplug is in "LAN mode" as described above. However, you can switch to any of the other explained modes by pressing the button and not releasing it until the LED blinks. You toggle between modes by waiting until the LED has done a distinct number of blinks, before you release the button. After release of the button Meteoplug client will reboot and start in selected mode:

In order to connect with your web bowser to a Meteoplug to change settings or check status, you need to know its IP. By pressing (and releasing it again quickly) of the transparent illuminated button on the top of the Meteoplug cover (TL-MR3020) or the reset button at the back (TL-WR703N), Meteoplug will signal its IP by pulsing the lead beneath the pressed button. Sequence begins with LED going off, then each of the four numbers (delimited by a dot) will be signaled one by one. The dot between the numbers will be signaled by a "H" (LED shines bright). Each number is signaled by blinking digit per digit. Each digit is represented by a "M" (LED shines medium dimmed) repeated as often as the digit tells us. The zero digit is signaled by ten blinks. After having done this for all digits of all numbers of the IP, the end is signaled by LED staying off a while like it started with. When Sequenze is done, the LED is constantly turned on again.

When Meteohub does not have a valid IP this will be signaled with three blinks shortly following each other.

In addition to optical signaling the MAC, LAN IP and WLAN IP is stored in a file "network.log" when a FAT formatted USB stick is insterted into the USB port. Example:

Meteoplug client image is an openwrt with some application extensions. openwrt Linux distribution including cross compilation toolchain can be dowloaded as described here. Adaptions on top of openwrt are done inside directory "files", located inside "trunk" directory. an archive of Meteoplug specific "files" directory plus "config" files for TL-MR3020 und TL-WR703N which holds kernel configuration can be downloaded from here. Meteoplug components being intellectual property of smartbedded.com and not licensed as Open Source are not part of the archive. TL-MR3020 and TL-WR703N operating Meteoplug can be fully inspected by ssh login as user "root" with password "meteoplug".

This is TP-Links little brother of the TL-3020. These units come with a really appealing minimal form factor and beside the missing 3-step switch and the missing additional LEDs for USB, WLAN and LAN it has the same features as the TL-MR3020 but comes at prices down to $25. TP-Link does not sell the units in US and Europe, but you will find lots of them on ebay. Currently sold TL-WR703N are version 1.6. Meteoplug client was tested with version 1.6 models. If previous versions do also work with Meteoplug client image has not been tested yet. Please make sure that you don't get a WR-702 (which is widely sold in Europe and US), because that model is not capable of running openwrt and Meteoplug. What makes the TL-WR703N shine beside its features is an extremely low power consumption, even slightly below TL-MR3020 values.

TL-WR703 has a limitation concerning USB devices (like TL-MR3020). It can just handle USB 2.0 devices, low speed USB 1.x devices will not be handled correctly. This is very easy to overcome by adding a small cheap, unpowered external USB 2.0 HUB, which translates USB 1.x from your weather station to USB 2.0. Weather stations known to be impacted by this are:

Meteoplug client operation needs a LAN or WLAN connection to the Internet. To achieve this, Meteoplug client on TL-WR703N can be started in different modes of operation regarding network usage, exactly as described for TL-MR3020. Toggling modes and finding out IP work as described for TL-MR3020, the only difference is that the button is behind the pin hole at the back.

Please see section on this for TL-MR3020, Open Source aspects are covered there for both types of devices. 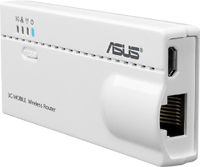 This tiny router from ASUS has all the features of the ones from TP-link discussed above but can handle all kind of USB 1.x and 2.0 devices without need for a USB hub. WL-330N3G is widely available in Europe for prices down to 40 Euro (and sometimes below) but a bit harded to get for a fair prce in the US. It is important not to buy the similar looking predecessor named "WL-330N" as this does not have the needed RAM capacity. Form factor of WL-330N3G is really appealing and considerably smaller then TL-MR3020. As WL-330N3G has a different processor in MIPSEL architecture (while the TP-Link routers above use MIPS) is needs distinct compiled executables. Nothing you need to worry about, as the provided Meteoplug images take care of these differences.

Please see section on this for TL-MR3020, Open Source aspects are covered there for devices from TP-Link and ASUS in the same way. 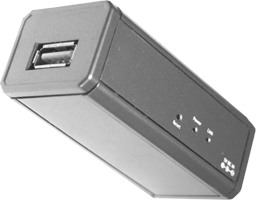 Bifferboard was the first true Meteoplug client hardware. Bifferboards are extremely small, low cost and take just 1 watt of power. If you are interested in that technology you might start reading here: [1]

Unfortunately, the inventors have stopped selling Bifferboards. Details are lined out here. If you are going for large quantaties direct order from the manufacturer might be an option, as explained on the web page the above link points to.

As you can see, Bifferboard is really tiny, even when compared to the small NSLU2 or when holding it in your hand. Bifferboard has one USB and one LAN connector. When using a USB hub, more than one weather station can be connected. Power is attached by a small external power adapter that can handle 110-240 volts. Bifferboard has a tiny hole in the cover to allow for reset with a paperclip. A blue LED indicates power on and a yellow one blinks on LAN traffic. The unit gets hand warm during operation and is completely noiseless. Bifferboards come with 1, 4or 8 MB (latest model) of internal flash storage and 32 MB of RAM. All variants are working well with Meteoplug. Meteoplug client is loaded into RAM disk which eliminates risk of wearing out flash cells. As there are no write operations on flash storage there is no risk of flash storage going bad over time. Bifferboard automatically reboots after power failure. It has a watchdog running that reboots when system appears to be stalled. All in all Bifferboard brings all the features needed to provide a reliable data logging client.

There is a variant of Bifferboard that has two USB ports and a SD card slot. Meteoplug does not make use of SD card slot (using this will disable on of the USB ports), but can drive both USB ports. This is very usefull, if you plan to connect two weather stations to Meteoplug client. Apart from twin USB feature this Bifferboard is identical to single USB Bifferboard. This product also seems to be close to EOL, but it is still available in the UK here (flashing of Meteoplug client SW has to be done by the user himself).

Twin-USB Bifferboard provides a red LED that Meteoplug client software makes use of to signal client's LAN IP. This red LED is also on PCB of standard Bifferboards, but its case does no provide a hole to have a look at it. When you look straight into the not connected USB port of a standard Bifferboard you can see the red light of this LED a bit (will not work in bright sun light). Numbers are signaled by blinking red LED. Each of the four blocks of numbers is signaled with a slightly dimmed red blinking. Each digit inside a number block is represented by a corresponding number of blinks ("0" is ten blinks), Separation of digits is done by a short additional pause. Dot between number blocks is represented by a full-powered, undimmed red blink. When signaling of IP is done, red LED stays powered-on. This indicates, that Meteoplug client has booted correctly and is operational.

You can also use your X86 Linux system to act as a Meteoplug client. Just download a small package and follow instruction in the README.